The Vhalrax have emerged as a colonizer species in a subsector of space that currently belongs to the Zirul Dominion, even before the Dominion existed. Their planet of origin, the Rax Arad, has been a major industrial and trading hub for almost a thousand years and has maintained its importance both during its independence and after incorporation into the Dominion. 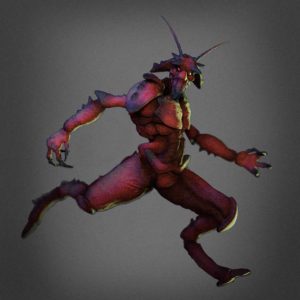 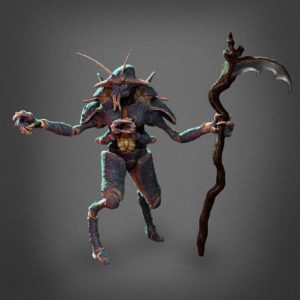 The Vhalrax are an insectoid species that have developed their size and intelligence due to a heightened level of oxygen in the atmosphere of Rax Arad. Even as evolution unfolded, the species has kept its thick, heat-resilient carapace, which enabled them to colonize even the roughest of environments, such as rocky or desert planets.They are known to have two or, occasionally, four arms.

The Rax Arad is a warm, lush planet, covered by tropical forests, grasslands and river valleys. As the Vhalrax industrialized the planet, exploring its rich mineral deposits and metals, they paid special attention to preserve the green nature of their homeworld. The numerous countries of Rax Arad have enforced a collective system of rules whereby after an industrial site was depleted and decommissioned, it had to be restored to its original state of terrain and wildlife.

Some say that if not for their emphasis on preservation of the natural environment, the Vhalrax could have become the very first species to begin the exploration and colonization of space, as their technological progress was artificially slowed down. Whether this claim is truthful  or not, the Vhalrax did manage to successfully colonize and settle on several planets in the far reaches of the upper-arm of the galaxy. 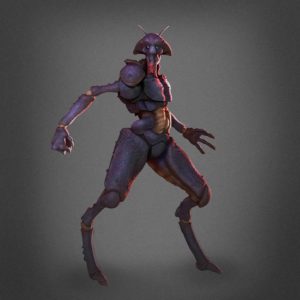 However, they were also largely unprepared for a military conflict. The border skirmishes that had been going on for a few years with the Ga’Borgah  species, forming the bulk of Zirul forces, have materialized into a full-scale invasion of the Vhalraxian sector. After a few years of conflict that they were going to lose in the long-run, the Vhalrax have sued for peace and have proposed a deal: They would be integrated within the Zirul state and lend their industrial and mining capabilities and technologies, but would be granted equal citizenship rights and would be able to preserve the greenery of their homeworld.

The Ga’Borgah agreed, as the arrangement would allow them to utilize the Vhalraxian mining technology to extract a magma crystal – the key to Zirul military superiority – from previously inaccessible environments. As a result of this unlikely alliance, the Zirul were able to pursue their conquests in the outer sector of the galaxy’s upper arm, that eventually resulted in the creation of the Zirul Dominion.

The Vhalrax have kept their allegiance ever since, supplying their technology and equipment and earning the respect of the Zirul War Council for their valor and mastery in combat, most notably as pilots, engineers and specialized ground units. This recognition has allowed the insectoids to thrive within the Dominion, while ensuring that the War Council does not ignore the environmental impact of warfare in space on local populations.

The Vhalrax were the ones who forced the Council to implement the ceasefire during the war of Sylian Resistance. Following that war and the creation of the Feriah Union some Vhalrax have exiled themselves from the Dominion to help repair the damage dealt to the planets in the former no-man’s land.

Some feel the same responsibility to preserve peace now, in the face of the Nebula.