Gaultherians are widespread throughout the Feriah Union. They originate from Phel – one of the systems upon which the Union was created, although some now live on planets on the outskirts of the Zirul Dominion. Few of them have also pledged their services to the Sylian Realm, as war refugees during the War of Sylian Resistance.
The homeworld of Gautherians, Phel IV, is a geological anomaly – the molten core of the planet has never fully stabilized, causing the magnetic poles of the planet to continuously shift, changing the rotational axis of the planet. As a consequence, asteroids and stardust  circling around Phel IV move in unstable, ever-changing orbits, with occasional collisions producing even more dust particles and rubble.

At the time, asteroid fields in the system were so dense that the sunlight of Phel hardly ever reached the surface of most of its planets. Phel IV was actually mostly veiled with asteroids and dust, locked in its orbit as uncountable tiny moons. The planet is characterised by flatlands, geyser lakes and tundra vegetation, persisting in the chill environment.

In this harsh environment, beneath the grey skies of Phel IV, Gaultherians worked hard to build their progress, constructing their cities around geyser fields. Gaultherians are a small, but resilient amphibian species that can breathe through their collar skin, which also serves them as a filter for harmful gases in certain planetary atmospheres. They evolved during the coldest period of the system, when solar activity was lower than usual. In their everyday activities, they were relatively slow, careful creatures, spending their energy and effort with great care. 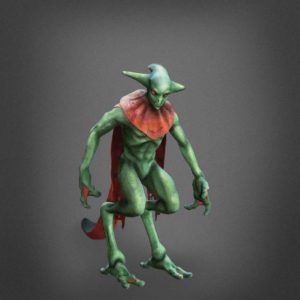 Every once in a while, an asteroid would enter the planet’s atmosphere and crash on the surface, providing the Gaultherians, the single intelligent species on Phel IV, with a readily available supply of minerals and metals found on the asteroids. The scarcity of resources was a strong motivator for them to develop advanced recycling technologies, which were subsequently applied for energy production, heat isolation and material durability.

Eventually, it was the desire to gain access to the minerals suspended above their heads that drove Gaultherians to unite their research facilities around a common goal, which pushed most countries on Phel IV towards a more collaborative, federal model of governance. When Gaultherians finally reached space, they discovered not just the riches they hoped for, but that Phel and most of the systems around it were about to become the centre-ground of a large armed conflict, that was later named the War of Sylian Resistance.

Indeed, as the amphibious species was a few hundred years late to the space race and with nowhere to run to, they had no choice but to surrender unconditionally when the mighty armada of the Zirul Dominion has entered the Phel system.

Despite their best efforts and neutrality, Gautherians could not protect their planet from the collateral damage that happened during one of the Sylian counter-attacks on the Zirul fleet. The atmospheric blasts have heated up the planet and released life-threatening amounts of natural gas trapped under the icy and permafrost surfaces. Gaultherians were forced to flee and beg for asylum from the Zirul Dominion and the Sylian Realm – both of which accepted them.

It was not until the creation of the Feriah Union and the terraforming efforts of Sylian scientists that some Gaultherians decided to finally return to their homeworld.

The current Chief Administrative Officer of the Feriah Union – Unku Naek – is a member of the species, and a descendant of former Gaultherian refugees.