Ga’Borgah are the native species of Xyaia – a large volcanic moon orbiting Jionae – the capital of what is currently known as the Zirul Dominion. A few specimen can also be found residing within the Feriah Union.

Even though their appearance gives the impression that Ga’Borgah are made of a single, solid rock, they are, in fact, an organic species. They commonly have a powerful complexion, with four large arms, and are among the largest and physically strongest spacefaring beings in the galaxy. 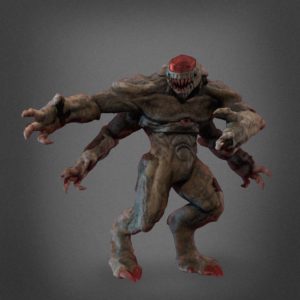 The geology and atmosphere composition of Xyaia, the homeworld of Ga’Borgah, did not favour the development of life above ground. However, the warm lakes trapped underground in the labyrinths and galleries where volcanic activity has ceased, represented a perfect opportunity for living organisms.

Over millennia, the digestive system of the Ga’Borgah has evolved to consume volcanic rock and other minerals, allowing the species to grow larger, and developing their characteristic outer layer of skin, composed of hard rock. Life underground, where light was scarce, forced the Ga’Borgah to develop an acute vision, despite having a single eye, placed on their chest.

Naturally suspicious of foreigners, they lived in small, tribal communities underground. Ga’Borgah have a strong sense of belonging and are ruthlessly protective of their families. As they built and expanded their first cities in the labyrinths below the surface of Xyaia, they removed anything that was perceived as a threat to the welfare of their community. Mostly, this included natural obstacles, but sometimes it meant war with a neighbouring Ga’Borgah tribe.

It was during an excavation operation to expand one of their settlements that a Ga’Borgah construction party has accidentally struck a vein of a glowing magma crystal. The impact of the drilling compromised the crystal’s integrity, causing and uncontrolled detonation and the death of the entire team. Although initially afraid of the crystal’s destructive potential, the Ga’Borgah realized that the mineral could be both weaponized and used as an energy source.

It was the discovery and instrumentalization of Xyalite (as the crystal was later named) that set off the industrial era for the Ga’Borgah, who soon expanded to the surface of Xyaia. It then took Ga’Borgah less then three hundred years to develop primitive space travel and to land on Jionae – where they encountered another warrior species – the Yunnar.

After initial hostilities ceased and communications were established, the two species have forged an alliance and named it Zirul – after the star of their home system, Zir. It was from there that the two species have began their onslaught on the neighbouring systems, claiming resources and establishing their first colonies.

After the incorporation of the Vhalraxian sector under Zirul control, the conquest has accelerated and soon enough, the Zirul Dominion was established, with the Zirul War Council and the role of the Supreme Marshall at its helm. Traditionally, only the Ga’Borgah and the Yunnar have ever occupied the highest position within the Dominion. However, other species have been able to negotiate or to earn the honour of joining the Zirul War Council.

The current Supreme Marshall of the Dominion – Ognor – is the embodiment of the Ga’Borgah spirit – a fierce protector of the many peoples of the Dominion and a ruthless warrior – he is known to advocate the use of military force against the Democracy Evangelists, a terrorist group from the neighbouring Feriah Union that wants to establish direct rule of the people everywhere in the galaxy. 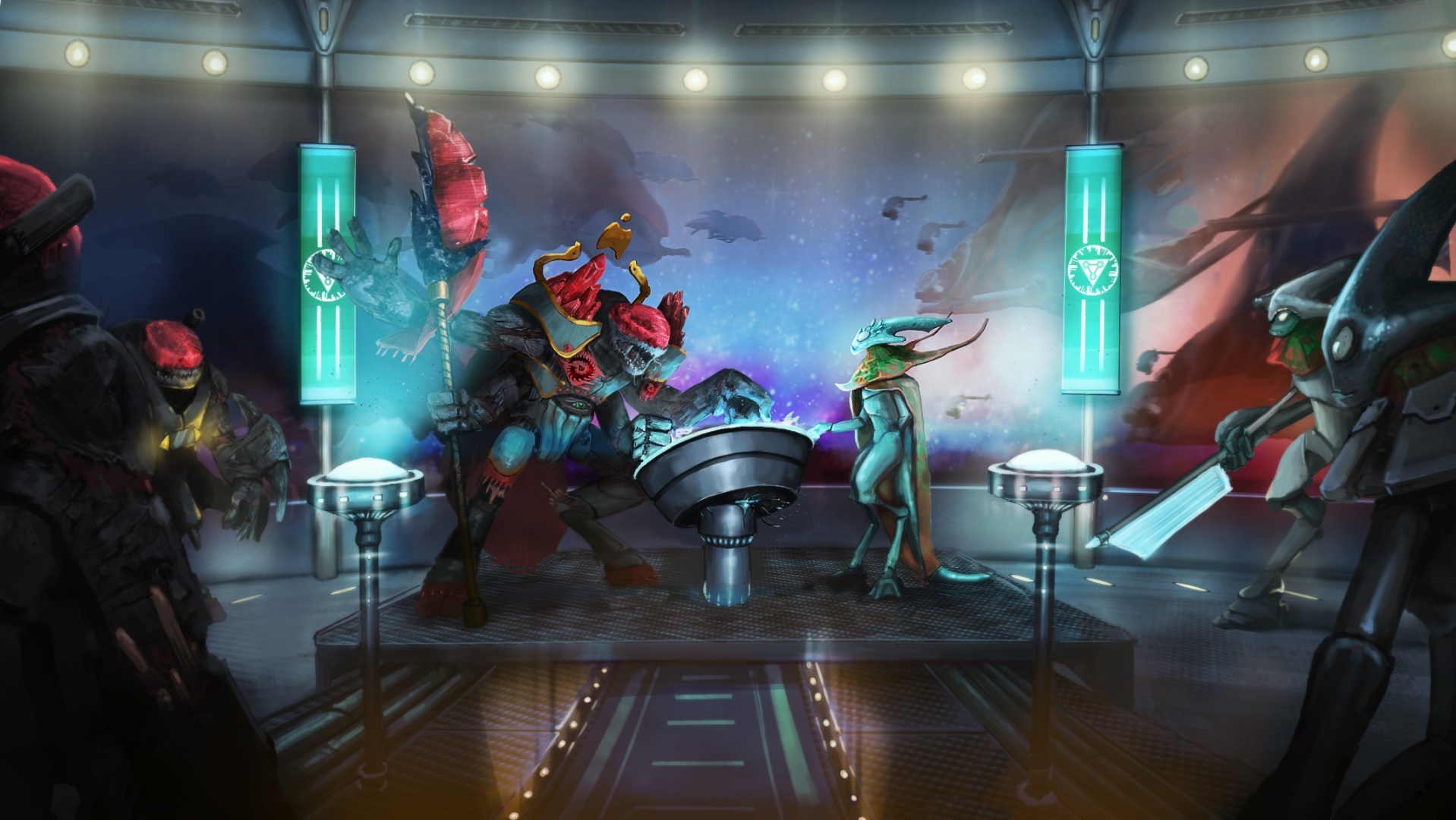