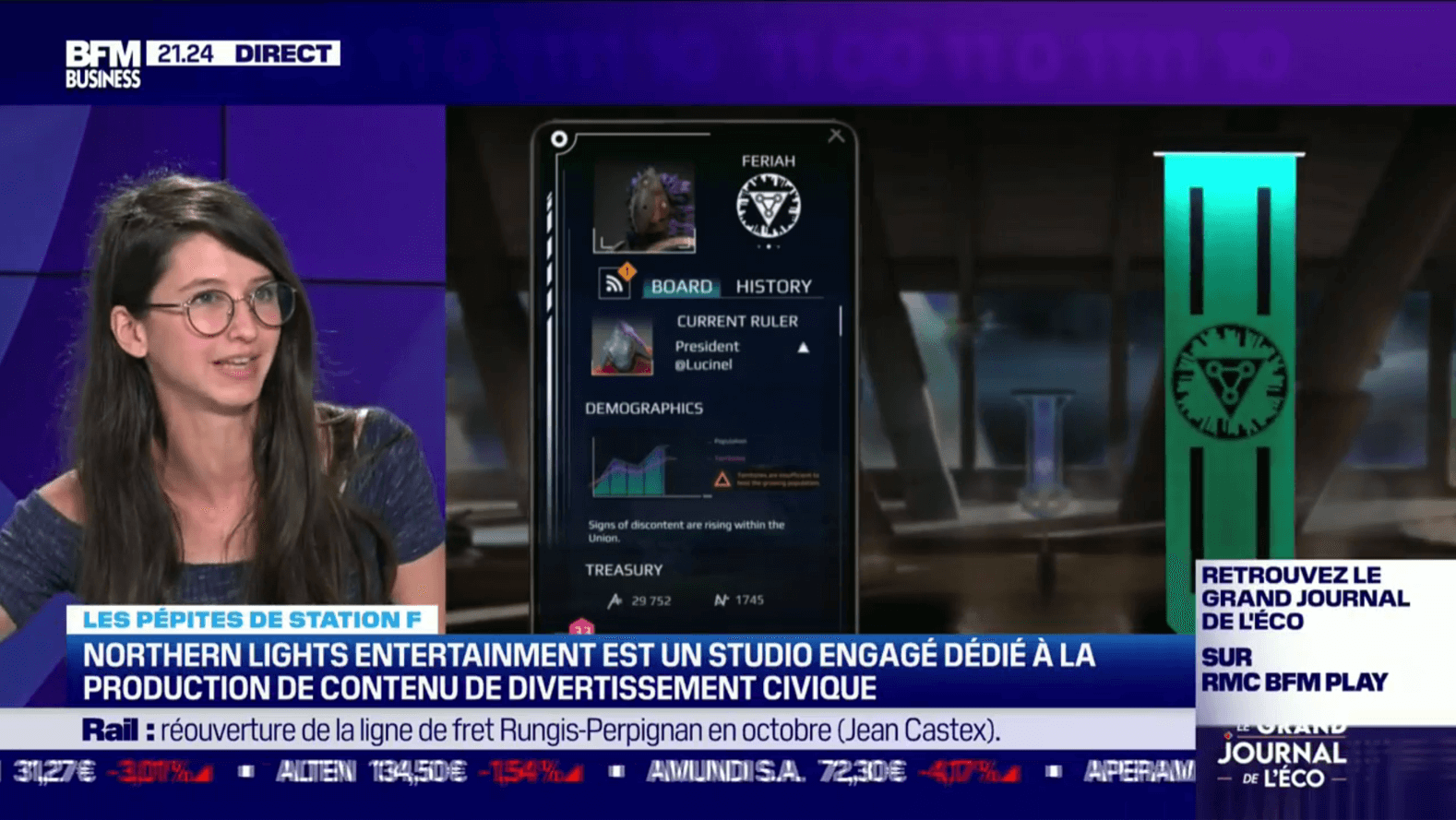 by Northern Lights Entertainment
They Talk about us

On monday 20th of September, or co-founder Julie Bonnecarrère has been interview by a famous French business journalist, to introduce Nebulae and the studio behind it.

BFM Business is THE French TV radio & TV channel when it comes to business news, and this was a great way to start communicating about the project on TV. The company has been introduced as a “Station F gem” (Station F is the incubator where the studio is located).

“Elect the Emperor of the galaxy in between 2 sandwiches, that is something” – In Nebulae, you start as a planet governor, but you might be entrusted with the future of the galaxy, shape its governance, or even try to become part of it!

Northern Lights Entertainment, a gem of the Female Founders Fellowship

It means: In France, only 14% of gaming studios’ employees are females, according to the SNJV.

We are very proud to be a diverse studio, not only among our founders but also among our team members! Let’s hope that this interview will inspire more women to join the gaming industry!

Watch our co-founders’ interview on Linkedin in French! 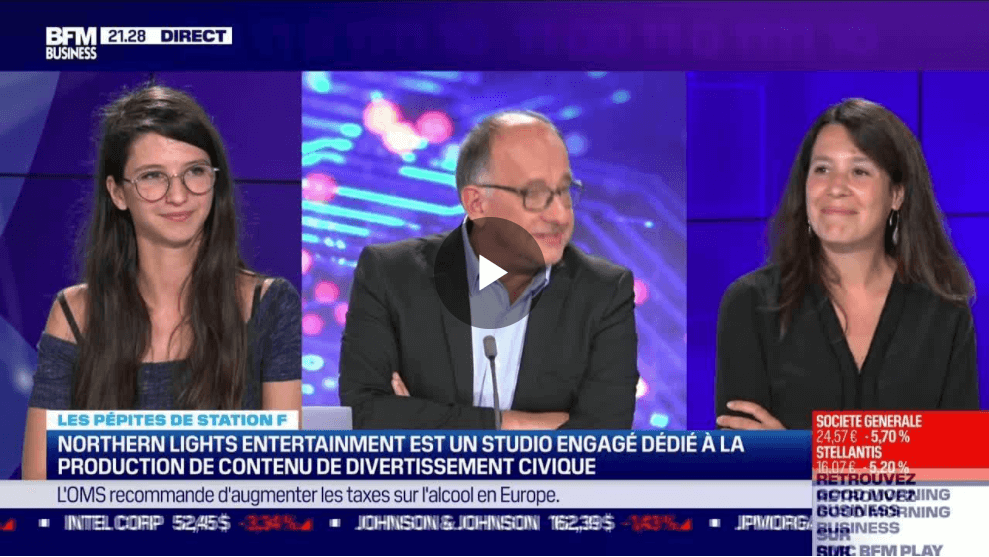 And for those among you willing to watch the full interview (including the other speaker’s talk), here is the link to the programm replay on BFM Business.